This is a shot of the arched stone steps in the garden of the Ames Mansion in what is now known as Borderland State Park in Easton, MA.  I took this picture on a cloudy Friday mid-morning using my  Huawei Honor phone 5.   Going up, the steps lead to an open field bordered by deciduous trees.  The area where I was at was a little sunken garden with rock walls and a little garden fountain.

I used picmonkey to edit the original photo.  As I am much taken with the light at the top of the steps, I highlighted that by using the sunglow effect.  I used the ombre effect to darken the sides a bit more. 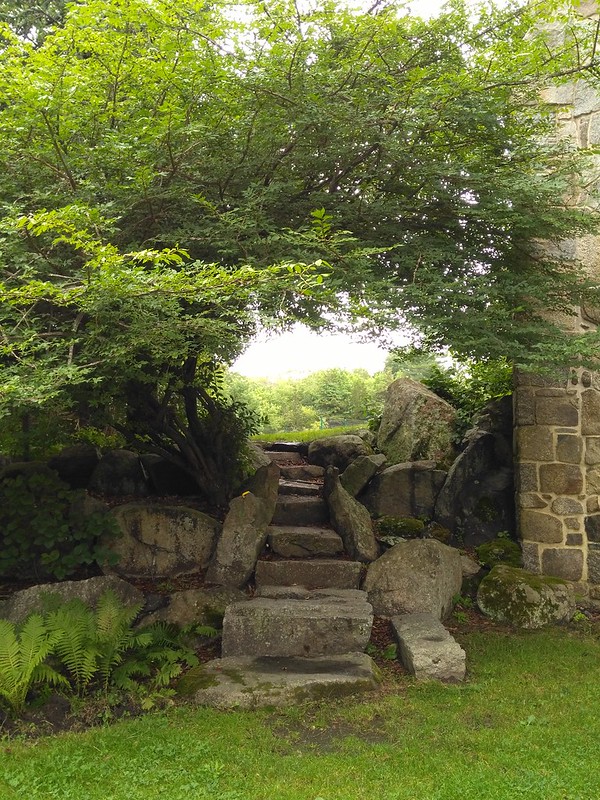 This is my contribution to Paula’s Black and White Sunday.

5 thoughts on “INTO THE LIGHT ( Black & White Sunday: After and Before)”